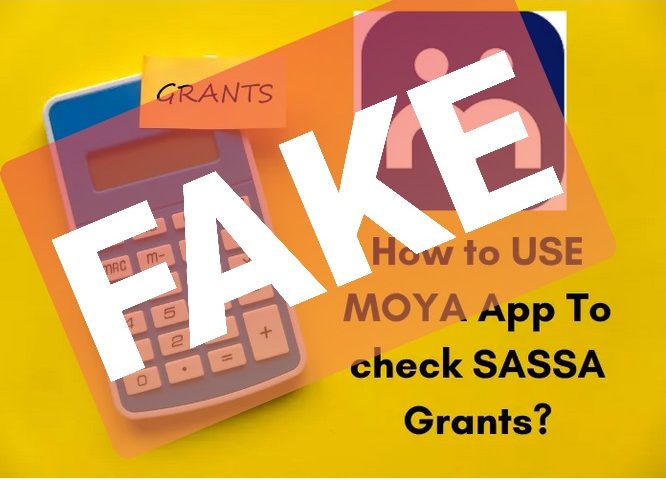 As applications for the Covid-19 R350 grant come in, the SA Social Security Agency (Sassa) has issued a warning to applicants against using the “Moya App” to apply.

The agency said the app is not an authorised channel to apply or check the status of applications for the grant and urged users to instead use its channels, including the Sassa website and its social media pages.

Moya is a legitimate app but is not in partnership with the agency regarding applications for the grant.

A national news website reached out to the app’s owner for comment about the legitimacy of the poster bearing its logo but had received no response at the time of publishing this article.

“How to use Moya App to check Sassa grants?” reads the poster, which has since been marked “fake” by Sassa.

One Twitter user asked: “What is going to happen when you apply via the moya app?”, to which Sassa responded: “Sassa does not recognise Moya app.”

Another concerned user said they applied via the app and were informed that the status of their application “is pending.”

Among a slew of other concerns was the agency’s slow website, which some users said they were unable to access to launch their applications.

The agency issued a statement last Friday, the first day of applications, saying it would soon launch a USSD channel (mobile) to help speed up the application process after its system had slowed down.

Sassa CEO, Busisiwe Memela-Khambula said the flood of applications was a clear indication of the need for government aid.

“This is a clear indication of the huge need for food aid, among others, from distressed inhabitants of the country, and therefore President Cyril Ramaphosa couldn’t have reinstated the grant at a better time,” said Memela-Khambula.

The agency said that it had received more than 2-million applications for the grant.