Policewomen praised for their bravery 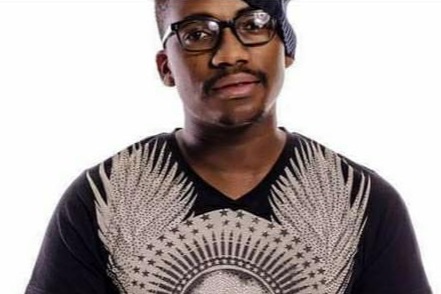 A Mpumalanga businessman recently appeared in the Nelspruit Magistrates’ Court following his arrest in a joint operation by the Hawks’ National Serious Corruption Investigation and the Special Investigative Unit in Mpumalanga. 31-year-old Mpendulo Sipho Mapalala allegedly tried to bribe an investigator into squashing a probe into a  company being awarded a multimillion-rand personal protective equipment (PPE) tender by the Mpumalanga government

Mapalala, who is a businessman and a co-owner of Zero13 Lifestyle restaurant in Riverside Park, Mbombela, was arrested after offering and handing over R50 000 to the complainant in order to have a case relating to the Personal Protective Equipment (PPEs) against his sister, who works for the department of public works in Mpumalanga, disappeared.

Special Investigating Unit (SIU) spokesperson Kaizer Kganyago said Mapalala was arrested by the Hawks shortly after allegedly delivering the bribe to an SIU investigator who he hoped would quash the investigation.

“The Hawks also seized a further R63,600 which was found in the man’s possession. The ‘bribe’ follows an intensive PPE tender corruption investigation by the SIU in the Mpumalanga department of public works, roads and transport which uncovered procurement irregularities,” Kganyago said.

According to Kganyago, an SIU probe revealed the department had contracted a provider in the 2017/18 financial year for pest control services. However, when the Covid-19 pandemic hit in March 2020, the same company started getting payments meant for PPE. He also added that the department varied the contract to include disinfection services in the Ehlanzeni district. Kganyago explained that the disinfection services were for buildings owned and managed by the Mpumalanga provincial government in the district.

“Subsequent to the disinfection, the service provider received multiple payments amounting to R4.8m. The first payment was R1.3m in July 2020 and was followed by a number of payments amounting to R3.5m. As the SIU tried to trace the funds, the service provider started transferring large sums of money to different entities and individuals. Among those paid were two department employees. A large portion of the money went into a Mpumalanga law firm’s account. The law firm bought a property to the value of R2.2m and registered it in the name of a daughter of one of the two departmental officials,” said Kganyago.

The National Head of the Directorate for Priority Crime Investigation, Lieutenant General Godfrey Lebeya, commended the team members from the SIU and the Hawks for working together to ensure that the Constitution and the Laws of the Republic are protected and upheld.

“Those who try to corrupt our members, will learn the hard way that we have adopted a Zero tolerance approach to corruption,” said Lebeya.