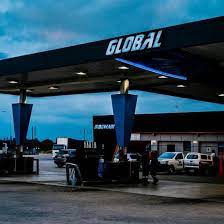 Members of the South African Police Service at Low’s Creek in Mpumalanga have launched a manhunt for unknown suspects who robbed a filling station and killed a security guard last week in Low’s Creek.

According to information reported, police received information of an explosion sound coming from Global Filing Station. Upon arrival, they found that the safe was bombed and an undisclosed amount of cash was stolen by the suspects before they fled the scene. It was also discovered that one of the security personnel was shot on his upper body and succumbed to his injuries.

Anyone with information that can help police trace the suspects, is urged to call the Crime Stop number at 08600 10111. Alternatively, members of the public can send information via MYSAPSAPP. All received information will be treated as confidential and callers may opt to remain anonymous.