Premier hands over 200 houses in Casteel. 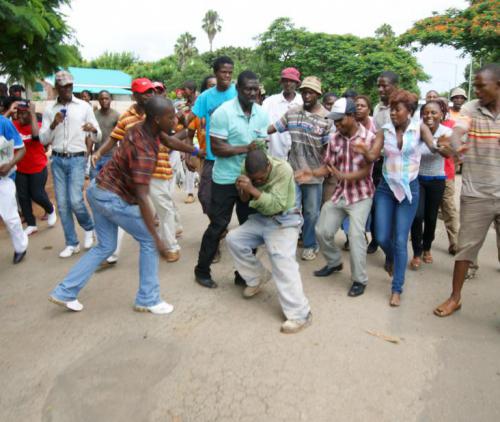 A man was recently saved by the police while being attacked by a mob accusing him of  murder. The incident took place in Ogies over the weekend. It is alleged that earlier that day, the police had received information from members of the community about two men who were found lying motionless on the road. They quickly responded and went to the scene and upon arrival, they found the two men lying in a pool of blood with multiple stab wounds. Medical personnel were summoned to the scene and the men were certified dead.

On the very same day, police from Ogies received information about a man who was being attacked by a group of people, accusing him of killing the two men. They allegedly assaulted him with bottles, sticks and fists. The police arrived and rescued him from the angry mob and he was taken to hospital where he is currently under police guard.

The motive behind the murder is currently unknown and police are investigating two counts of murder as well as a case of assault with intent to cause grievous bodily harm.

No arrests have been made as yet. Police request anyone with information that can lead to the arrest of the suspects to please contact Detective Constable Sinoelo at 0826041339 or call the Crime Stop number at 0860010111. Alternatively, members of the public can send information via MYSAPSAPP. All received information will be treated as confidential and callers may opt to remain anonymous.

The Provincial Commissioner of the South African Police Service in Mpumalanga, Lieutenant General Semakaleng Manamela strongly condemned act and appealed to the members of the public not to take the law into their own hands.