Man appears in court for possession of unlicensed firearms and ammunition.

Man appears in court for possession of unlicensed firearms and ammunition. 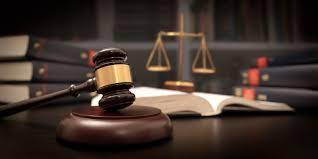 A 52 year old man recenntly appeared before the Mhala Magistrate’s Court after being found in possession of unlicensed firearms and ammunition.

It is said that members of the South African Police Service from the Calcutta Task Team acted on intelligence driven information about a suspect in possession of hunting rifles. They then went to a certain house at MP Stream near Bushbuckridge in the afternoon of Saturday, 07 August 2021 and upon arrival, they searched and found seven rifles. A pistol as well as live ammunition and some empty cartridges were also found at the man’s house. Members also discovered some animal skin and a hippopotamus’ head.

The man reportedly produced firearm licences for some of the firearms but failed to do so for the others. He was then arrested hence his court appearance.