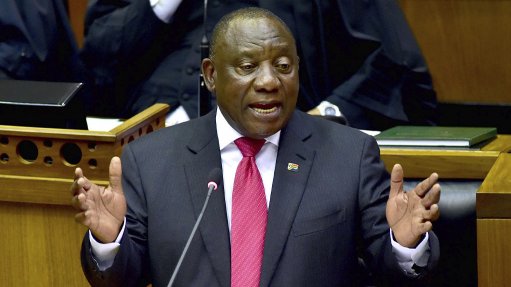 President Cyril Ramaphosa signalled a major shakeup of the national executive, expected within days, in his remarks to the ANC National Working Committee (NWC), insiders say. Ministers in the security and economic clusters are not safe, with some big changes under discussion, they said.

It has been revealed that while he previously publicly committed to only a minor reshuffle to fill vacancies in the cabinet, Ramaphosa told the meeting on Monday that there had to be “accountability” and “consequence management” for violent riots in July that claimed more than 300 lives and razed thousands of businesses to the ground.

The NWC is a powerful 26-member body in charge of the day-to-day running of the governing party.

While sources in the NWC were mixed on whether Ramaphosa would reshuffle “by the end of the week”, all were clear coming out of the meeting that “no-one” in cabinet is safe based on what the president said.

This puts the security cluster in the firing line, with more than one minister set to go. But other strategic ministers are also in jeopardy. The management of the economy has been poor, with microeconomic reforms progressing slowly.

Finance minister, Tito Mboweni, who joined the cabinet after the sudden resignation of Nhlanhla Nene in October 2018, has periodically made clear his reluctance to continue to serve, which has drawn him away from his own business and farming activities.

If Ramaphosa fires some ministers and not others for non-performance, he would open himself up to criticism for the unfair application of his executive powers. Ramaphosa has the sole prerogative to appoint and remove the national executive, but the logic and rationale of his decisions are subject to legal scrutiny.

While he has acknowledged the security cluster was “caught napping” during the recent unrest, he is also on record as saying Covid-19 had shown that “where there is political will, there is means” and the government can perform well when committed to doing so.

With minister in the presidency Jackson Mthembu having died more than six months ago and health minister Zweli Mkhize on special leave pending the outcome of a graft investigation, Ramaphosa has for some time been applying his mind to a cabinet reshuffle. Covid-19, the state of the economy and stateowned enterprises as well as July’s violent riots have put him under enormous pressure to show leadership.

The reshuffle has been postponed twice in the past four months.

In May, just as it seemed about to happen, ANC secretary-general, Ace Magashule was suspended from the party, prompting Ramaphosa to back off. In June, the crisis erupted over Mkhize, and Ramaphosa again paused, awaiting the outcome of the investigation.