Police officer shot, injured and hijacked, suspects sought while two other suspects remanded in custody for hijacking another police officer.

SASSA Grants Can Be Withdrawn From ATMs With No Charges

Police officer shot, injured and hijacked, suspects sought while two other suspects remanded in custody for hijacking another police officer. 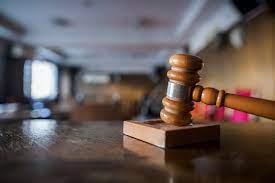 The police in Mpumalanga are searching for three men who allegedly hijacked and shot a police officer recently in Casteel, Acornhoek near Bushbuckridge. According to the police statement, the victim who is a Police Constable stationed at Bushbuckridge SAPS, was on his way home to prepare for his night shift duties when a white Toyota Tazz without registration number abruptly stopping in front of him. Suddenly, three suspects, armed with a firearm, got out of their car and went straight to him. They pointed him with the firearm, dragged him out of his car and shot him on his lower body before putting him inside the boot of his car.

“The suspects drove with him and later stopped at Shatale Village where they dropped him off on the street. They drove away in his private car which was later found left abandoned in the bushes in Matsikitsane. The victim managed to get help from people and is currently at hospital receiving medical treatment. No arrest has been made as yet,” read the statement.

Meanwhile, 31-year-old Jerry Sfiso Ubisi and 37-year-old Fannie Sibande, were both remanded in custody by the Carolina Magistrate’s Court for a similar incident. The two were arrested after security personnel from Tracking Cyber Search and Metric Car Track companies apprehended them in partnership with members from the Carolina SAPS.

Reports indicate that the two were amongst a group of three armed men who were allegedly involved in a car hijacking incident at Balfour where they attacked an off duty police Constable working at Standerton.

It is said that the member was driving in his private vehicle next to the R23 Road near the Balfour/Grootvlei intersection at low speed due to speed humps. Three heavily armed men then appeared in front of his vehicle and pointed him with firearms. They then held him hostage and robbed him of his service firearm with ammunition as well as an undisclosed amount of cash, assaulted him and forced him to lie down at the back seat of his vehicle. They also took his bank cards, ID document and other belongings. The suspects are said to have then dropped him off next to the road near Vosloorus and drove away with the stolen items, service pistol and his vehicle.

The suspects reportedly took out the number plates  and replaced them with false ones. Moments later, the vehicle was spotted being used by the suspects to tow a silver grey Ford Fiesta sedan which seemed to have had a breakdown. Upon noticing the security forces, one suspect escaped whilst the two were cornered. Police opened a case accordingly and locked the men up, charged them hence they were remanded in custody during their first court appearance. The third suspect is still at large and sought by police.

Police urge anyone with information that may assist them in tracing the whereabouts of the suspects who hijacked the member in Bushbuckridge to contact Detective Lieutenant Colonel Albert Manzini at 082 469 1031, or call the Crime Stop number at 08600 10111, with information about any of the two hijacking incidents or other criminal activities. Alternatively members of the public can send information via MYSAPSAPP. All received information will be treated as confidential and callers may opt to remain anonymous.

The Provincial Commissioner of the South African Police Service in Mpumalanga, Lieutenant General Semakaleng Manamela has welcomed the arrests made and also ordered for the arrest of the remaining suspects.

“The attack on any law enforcement official is an attack against the state and it will never be tolerated or go unpunished. We are adamant that the other suspects will be brought to book soon.” said General Manamela.