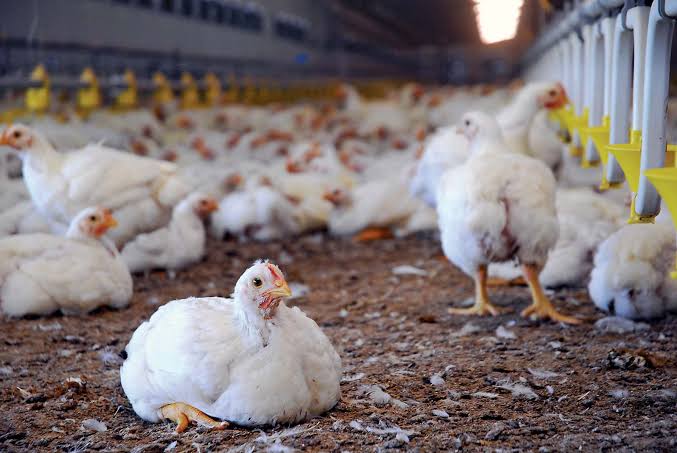 A state-funded poultry farming project in KwaMhlanga, Mpumalanga, meant to help develop the local economy, is embroiled in financial distress and factional battles, allegedly caused by public officials meant to manage it. The matter has since reached the courts.

The KwaMhlanga Poultry Project (KPP) is mired in allegations of corruption that are being investigated by the Department of Rural Development and Land Reform. The frustration comes from the department’s snail’s-pace approach to its investigation – in which its officials are implicated – that has been going on for three years, while some of the project beneficiaries are deprived of a stable income.

The KPP is styled in a similar way to the much-publicised Vrede Dairy Project in the Free State that has received major public and political attention over the years. It has not made national headlines, but those who stood to gain from the project say the impact of its failures is felt daily.

The project received just more than R25-million in funding from the department in 2015, drawing in local emerging farmer cooperatives that were to benefit from the initiative. Many of the initial beneficiaries, however, have grown sceptical of the department’s probe and are beginning to believe it does not have the project’s best interests in its sights. They claim that the prospects of the project were ruined when a group of people who did not qualify for inclusion, but benefited because of their political influence and connections, hijacked it.

The department funded the project with the objective of building chicken-farming infrastructure on an existing farm, including an abattoir. Seven cooperatives came together to form the KPP: Thomabutjha Farming Projects, Hlumani Farming, Amathamana ka Musi CC, Emalahleni Youth Farmers, Sabelizipho Trading CC, Van Dykspruit Farmers (Pty) Ltd, and Amabutho Investments (PTY) Ltd. They were all supposed to benefit equally from the project.

Following the KPP’s alleged hostile takeover, a leadership squabble overtook the running of the project, and the matter was taken to court. It was through the court battle that the real issues emerged, including the fact that the project was meant to develop emerging farmers from KwaMhlanga, and help boost economic activity in the area. But this was not to be, as the project’s hijackers came from other regions of Mpumalanga and did not qualify to be part of it, according to its initial group of beneficiaries. It was through their political connections and having relatives within the department that they had succeeded in infiltrating the project.

According to the KPP’s founding chairperson, Besaphi Skhosana, who was one of the respondents in the matter, the first signs of trouble were reported to both the department and the South African Human Rights Commission (SAHRC) in 2017. The SAHRC began looking into the allegations, but withdrew its investigation when it became clear that the department would take it on.

Nandipha Mgijima, who is part of Hlumani Farming and has since been excluded from the project, says it no longer serves the interests of the people it was meant to develop. “We were removed from the project by individuals who are connected and who are relatives of officials in the department. Therefore, the project only benefited government officials, their kids and relatives,” she told Corruption Watch.

The department has admitted that it still has to look into the initial criteria for selection of beneficiaries as part of its investigation. As per Mgijima’s assertions, the allegation that the later group of beneficiaries were imposed on the original by department officials, could mean that the officials too benefited or continue to benefit from the KPP. The report sent to Corruption Watch alleges that the farmers “chosen by the department” wanted to influence and dictate the terms of the project.

“A majority of these farmers do not represent the local demographics and some of their members are just skeleton members,” Mgijima said.

“They never participated in the project or even attended crucial meetings because they come from Limpopo and Nelspruit, which was unfair to other members who have been completely dedicated to the project and used their resources to make sure they attend the meetings.”

Current KPP chairperson Mandla Philison, who was not among the initial seven beneficiaries, dismissed these allegations. He told Corruption Watch that the department at both provincial and national level investigated and dealt with many of these allegations. He counter-alleged that Mgijima’s group fraudulently removed his group from the project for the same reasons they allege – to make way for new beneficiaries who were not part of the project from inception.

Separating the frauds from the genuine beneficiaries

Skhosana also spoke to Corruption Watch, alleging that Philison is not from KwaMhlanga and is close friends with the department’s land administrator, Dan Nyoni. Another member of the KPP leadership, treasurer Sbusiso Mashengoane, is allegedly Nyoni’s brother-in-law. All members of the project who are not from KwaMhlanga either have close relations with the department or have relatives working there, says Skhosana. He further alleges that the current KPP executive used their connections at the department to elect themselves into decision-making positions.

The department, in its response to the SAHRC, said that upon receiving these complaints, it started a verification process for all members of the KPP to make a declaration on their participation and status in the project. The process was meant to help the department sift through the increased number of beneficiaries to help it determine the legitimate ones from the frauds.

The result was that members within some of the entities subsequently resigned from the project, while a number of them stayed on but did not sign the declaration. The verification process also revealed that some of the members were from outside the Thembisile Hani Local Municipality, from as far as Nelspruit and Polokwane. The department further admitted that the project’s conceptualisation phase did not appear to have been legitimate and it was for this reason that it initiated a forensic investigation.

The disgruntled faction of the KPP raised their unhappiness with the department’s handling of the case, telling Corruption Watch that the extended period of the investigation, and its poor communication on its progress, meant that they had to wait longer for their rightful place in the KPP.

“The previous investigator, Michael Harmse, assured us when we met with him on 6 January 2020 that he is almost finished with his report,” said Mgijima.

“He showed us 12 thick files containing information concerning the KPP case. He said he would hand over the report before he resigns. We believe the report is done. The forensic investigator who took over from Michael Harmse, Nyameko Nondzube, does not even respond to our emails or telephone calls. It has been two years waiting for this report.”

Another source of conflict emerged when the group led by Philison and Mashengoane started lobbying for their construction companies to carry out the building of the abattoir, a move that raised conflict issues, and angered Mgijima’s faction. On the advice of a private consultant coordinator, the KPP instead selected potential builders from contractors known for their specialised poultry industry work. Other project beneficiaries also shot down Philison and Mashengoane’s proposal, and it was at this point that the pair allegedly abandoned their executive responsibilities, no longer participating in the running of the KPP.

When the absence of both chairperson and treasurer delayed the progress of the project, a decision was taken to elect a new KPP executive since Philison and Mashengoane’s terms of office were believed to have ended. Skhosana was elected back into the chairperson role and a decision was taken to expel Philison and Mashengoane. At this point, Philison’s group secured a court interdict to have the KPP bank account frozen, prompting Skhosana to approach the department for permission to move the KPP’s assets to a new facility and a new bank. This was approved.

Skhosana and his executive continued the implementation and construction of the poultry houses, while Philison and Mashengoane challenged their expulsion from the KPP through the Northern Gauteng High Court.

In October 2017, the court ruled in their favour, stating that their removal did not follow due process, and they were reinstated to the project and back into their executive roles. An appeal by Skhosana’s faction to the court was dismissed. Although they planned to take the matter to the Supreme Court of Appeal, Skhosana says they have not managed to do so due to financial difficulties.

Mgijima says the court cases are taking a toll on beneficiaries’ lives, as many have had no source of income since they were removed from the project. She relies on her mother for financial support for herself and her children. Mgijima has also had to quit her pursuit of a diploma in agriculture management, which she had begun to complement her role as KPP project coordinator, due to financial constraints.

“The connected farmers in the project have bullied us, taking us to courts knowing we have no income and cannot afford lawyers. When we were kicked out of the project in 2017, the account had R2-million which they are using to bully us and threaten us through their lawyers.”

Philison denied using the project’s funds for the court cases, saying they employed the services of lawyers using their own resources. He claims the “illegitimate” executive misused funds after they had been removed from the project.

“We initiated the forensic investigation that is currently under way within the department after realising that funds meant for the project were misused. We demanded accountability from both the mentor and accountant of the project. To date they have never accounted. As such there are scheduled civil court cases against them as well,” he added.

The department told the SAHRC that the outcome of the forensic investigation would determine whether the conduct of their officials warrants disciplinary action against them.