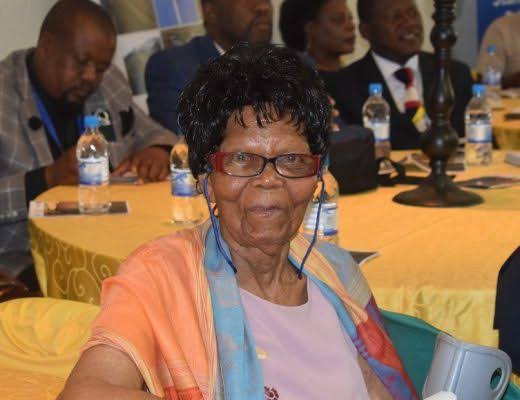 The Mpumalanga educational sector is mourning the death of the longest-serving teacher, Nontsikelelo Qwelane, 100, who died on Sunday at her home. Born in 1920 at Engcobo in the Eastern Cape, Qwelane started teaching at the age of 19 and served the profession for more than 80 years.Metropolitan College principal Valery Nkwenti described Qwelane as a hard-working teacher.

“[She is] actually an icon to the school, not only on her age, but on her dedication to education,” she said.“She started teaching at Metropolitan College in 2005. She was an excellent geography teacher. In 2020 when all the teachers her age were called to stay at home she wanted to go to work, she wanted to be with her children in school. We had to beg her [to stay home] and she now passed on when she was at home, though keeping in touch with the school,” said Nkwenti.

Nomakhwezi Nkosi, one of her two daughters who are also principals, said that Qwelane was a lover of education.

“My mother was someone who loved education until the end. She always told us that when one is educated they cannot be an orphan, hence we followed her passion for teaching as her children. She did not only love us as her children but loved the whole community,” Nkosi said.

Mpumalanga MEC for education Bonakele Majuba said Qwelane’s love for teaching was complemented by her unending quest to learn and acquire knowledge.

“Her eagerness to improve her skills and knowledge saw her obtain an MA degree from Unisa at the ripe age of 60. Her colleagues once described her as a walking geography textbook,” said Majuba.

In her long teaching career, she had taught and mentored many community leaders including the late former chief minister of the former Kangwane government, Dr Enos Mabuza.

“Besides her involvement with schoolchildren, Gogo Qwelane also participated in other community organisations such as the informal women’s forum,” said Majuba.

“The contribution that Gogo Qwelane has made in the teaching profession is unmatched. She was a heroine and the true embodiment of a conduit for knowledge and values, as she did not only teach the curriculum as prescribed but also played the role of a parent to her learners very well,” added Majuba.

Qwelane was laid to rest on Thursday, July 29, in White River