Global concert raises over US$127 million for COVID-19 support

Global concert raises over US$127 million for COVID-19 support

The One World, Together at Home global concert – organised to raise funds to fight the COVID-19 pandemic – has raised over US$127 million.

The eight-hour concert which took place on Saturday was co-organised by the World Health Organisation (WHO) with Global Citizen’s Hugh Evans and musician Lady Gaga.

“I’d like to start by thanking the many musicians, comedians and humanitarians who made Saturday’s ‘One World, Together at Home’ concert an enormous success. So humbled, and the whole WHO community is very grateful for the support that poured over 8 hours.

“The event raised more than US$127 million to support several organizations responding to COVID-19, including US$55 million for WHO’s Solidarity Response Fund.

“The fund has now raised more than 194 million dollars from more than 270 000 individuals, corporations and foundations,” said the WHO Director-General, Dr Tedros Ghebreyesus, on Monday.

Thanking his co-organisers, the WHO DG paid a special tribute to his colleague Paul Garwood who was the brains behind the concert.

Ghebreyesus’s media briefing on Monday, followed his address to health ministers from the G20 countries on Sunday, where he advised countries on factors they must consider as they plan to start lifting so-called lockdown restrictions.

“We want to re-emphasize that easing restrictions is not the end of the epidemic in any country.

“Ending the epidemic will require a sustained effort on the part of individuals, communities and governments to continue suppressing and controlling this deadly virus.

“So-called lockdowns can help to take the heat out of a country’s epidemic, but they cannot end it alone.

The WHO DG urged countries to ensure they can detect, test, isolate and care for every case, and trace every contact. 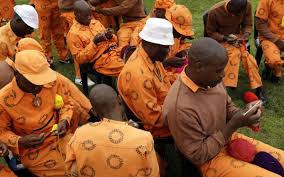